Construction of a hospital

A public and above all open and exposed character are the two characteristics that best describe the striking design of the new Krankenhaus Oberwart, an out-patient clinic in southern Burgenland. The design successfully combines form, natural colours and plenty of light with the practical solutions for the extensive medical, organizational and technical requirements expected of a modern hospital.

A modern country hospital
The two-story building, consisting of a pedestal area and a circulation area at the base, as well as 350 patient’s beds on top, was deliberately kept low to fit into the landscape of meadows north of the clinic. As a contrast, a formal urban edge in the southern direction of the city of Oberwart enhances the public character of the institution both visibly and tangibly.

Open form
All the hospital departments, such as ambulances, emergency wards including pediatrics, neurology, trauma surgery and urology, as well as functional areas such as storage, pharmacy or kitchen, surround the numerous courtyards. At the same time, the entire nursing ward, with their striking form, seemingly float on top. From a bird’s eye view the building looks like a double boomerang with a central core. What initially seems to be arbitrary makes sense at a closer look: The design establishes tranquility and feels grounded. 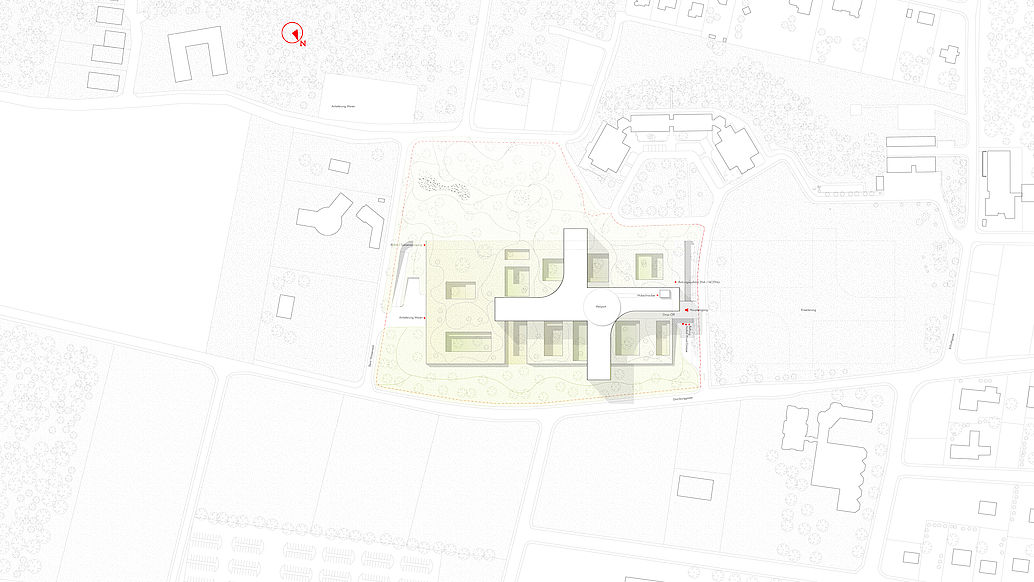 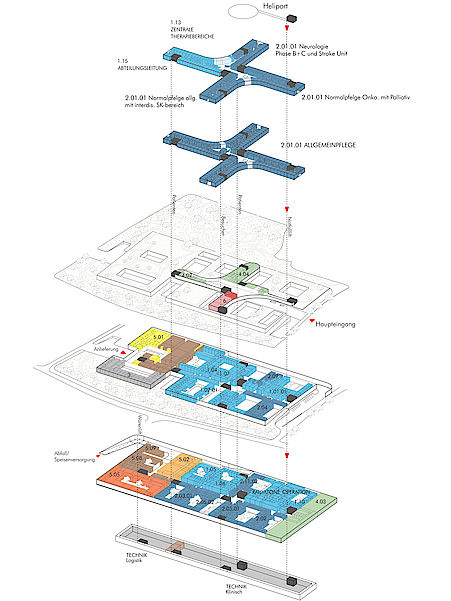 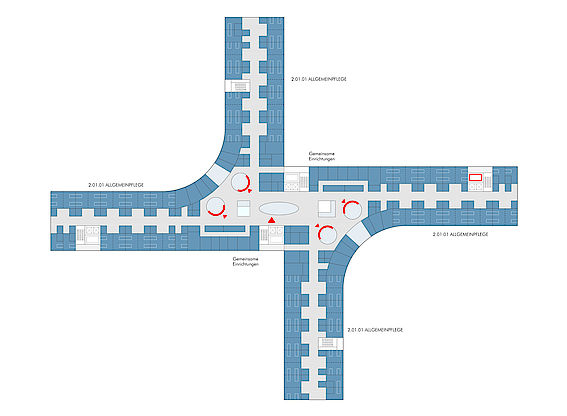 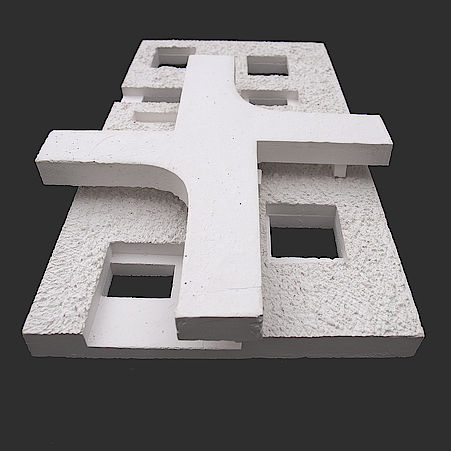 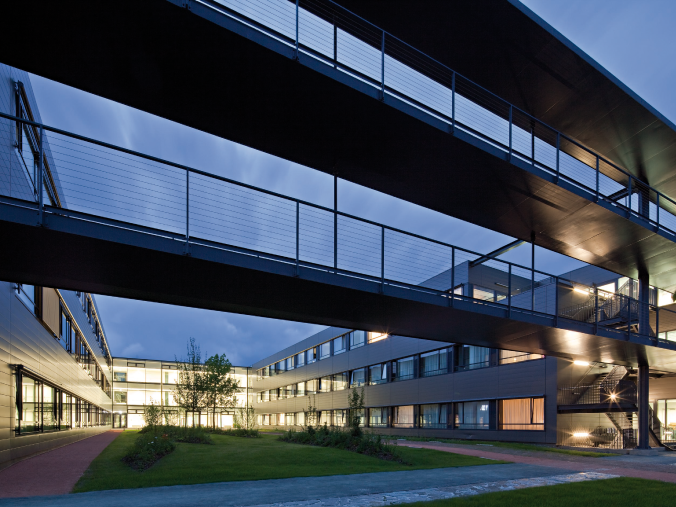 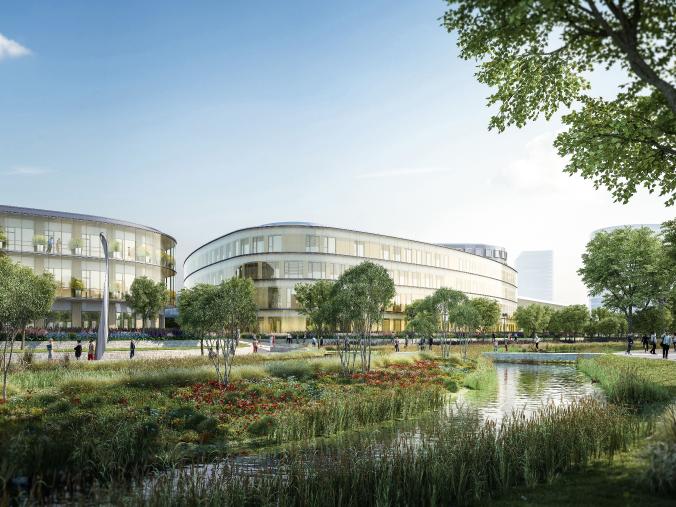